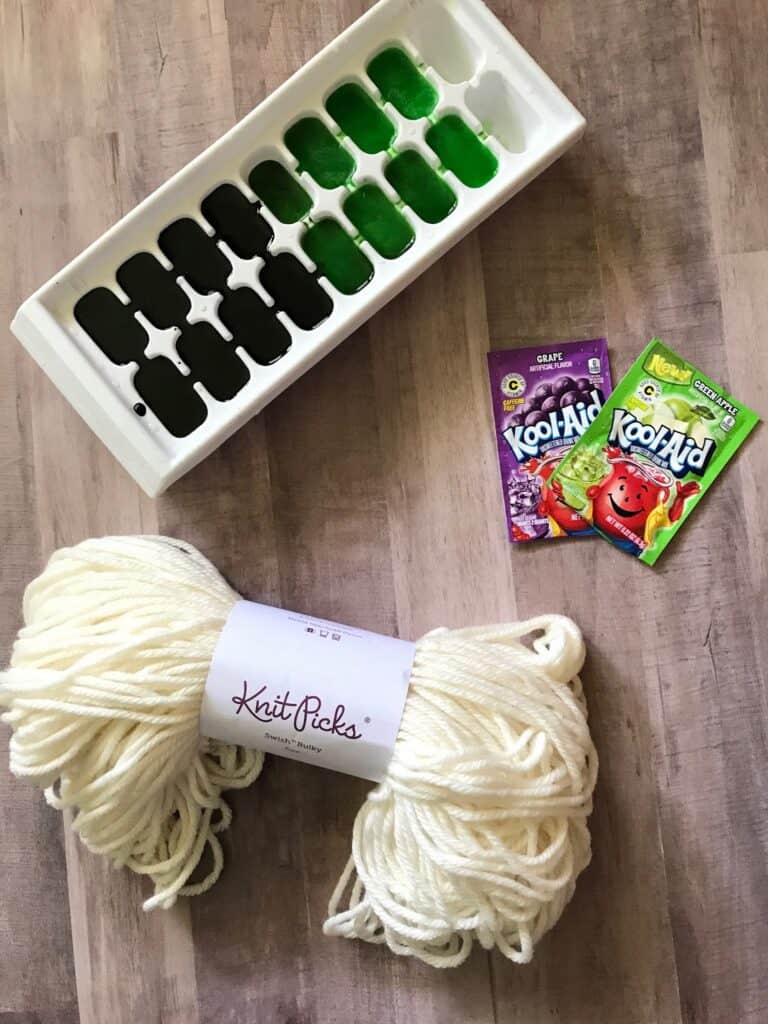 I just have to say right off the bat – my favorite thing about this yarn dying activity was that I did it with my son! It was easy and safe – no fumes/toxins and I didn’t even have to use any hot appliances! All I needed was some yarn, kool-aid, water, a freezer, and a nice sunny day!

Dying yarn has been something I’ve wanted to do this year and I’m thrilled I finally got to be able to do it. I found this awesome tutorial in the winter months and I knew it was going to be a summer activity for my son and I. You can find that tutorial here: http://maiyamayhem.blogspot.com/2011/07/kool-aid-popsicle-dyeing.html
**She also has an additional post with tips so be sure to read both posts before you start!!** 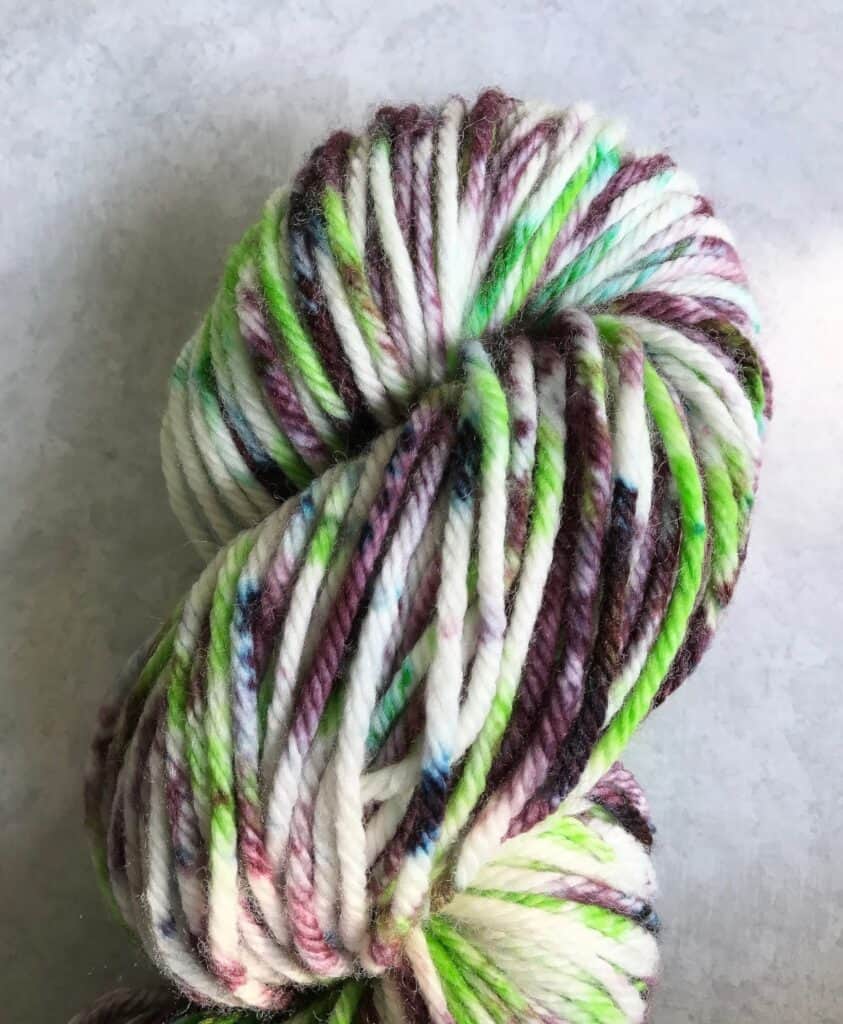 My yarn didn’t come out exactly the way I planned. I was anticipating a nice ombre effect but ended up with a tie dye effect, which in my perspective is still totally awesome! I’m really pleased with the results. I could’ve have added more kool-aid to completely cover the yarn in color, but like I said – the tie-dye is really unique and I think it will work up beautifully! 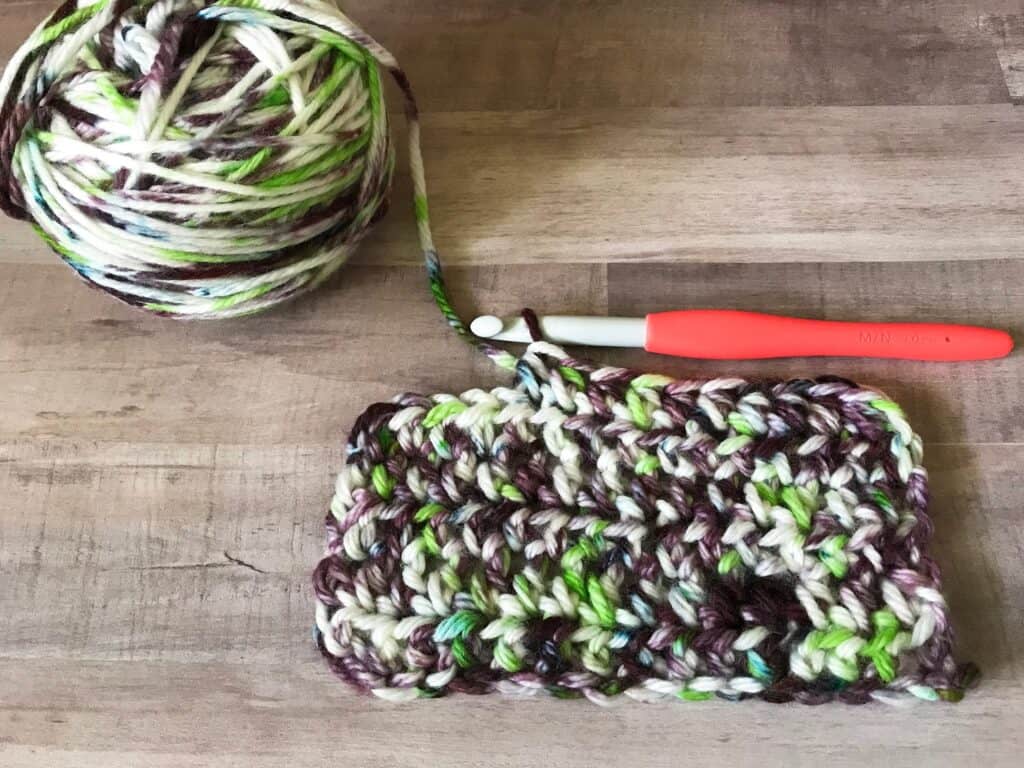 I worked up a small swatch to see how it would work up, and it looks amazing!! I plan on making my son a hat with this and if I have enough left over, maybe something for myself to match!

Notes for next time:

I encourage everyone to try this method if you have ever wanted to dabble into yarn dying!

Everything you need to know how to dye with kool-aid is in this tutorial: http://maiyamayhem.blogspot.com/2011/07/kool-aid-popsicle-dyeing.html

I purchased my bare yarn from Knit Picks at a good price. I chose a bulky weight so I could make my son a hat for the warmer months. They also have other weighted yarns to choose from that are ready to dye. I additionally purchased a worsted weighted yarn to dye later on.

This is the specific yarn I got pictured in this post: Bare Swish Bulky Yarn

You can browse all their bare yarns in different weights here.