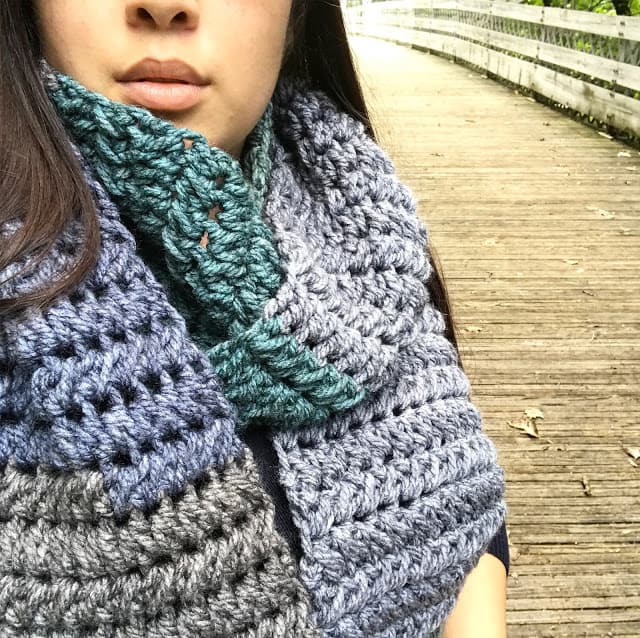 I’ve been completely smitten by the new line of Caron Cakes that have been released a few weeks ago. If you follow me on Instagram, you know it’s all I’ve been raving about. The colors are all very earthy and gorgeous, the texture is on point, and the fact that they now come in a bulky weighted yarn just puts the icing on the cake. 😉

It was so hard to chose what color I wanted to snatch up first. I ultimately decided on the Caron Tea Cake in the colorway “Oolong”.  It has pretty blue tones with a heathered look, and it went along with my dark complexion. What to make with it? A scarf, of course. 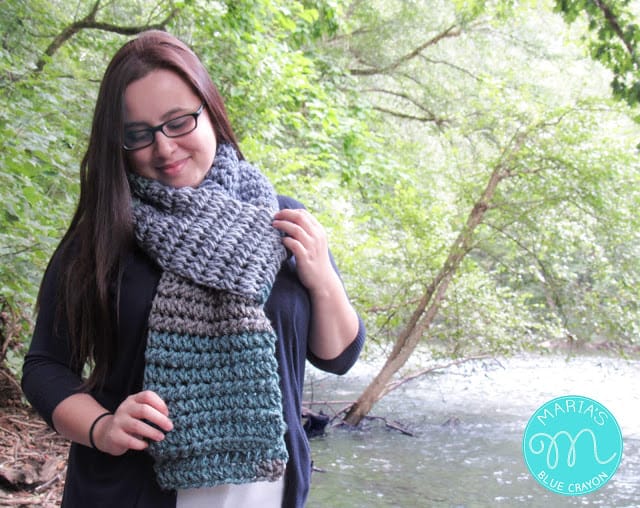 The final question – infinity or traditional? I’ve made so many infinities in the past (and I do love wearing them and making them!) so I wanted to go a different route and go for a long traditional scarf.

It took most of two cakes before I reached the length I needed. It’s soft, squishy, has tons of texture, and most importantly it’s so warm! Let me tell you guys, this scarf will be sure to keep you nice in cozy in the colder months to come.  I know this will be my go to scarf for cold fall nights and bone chilling days during the winter. 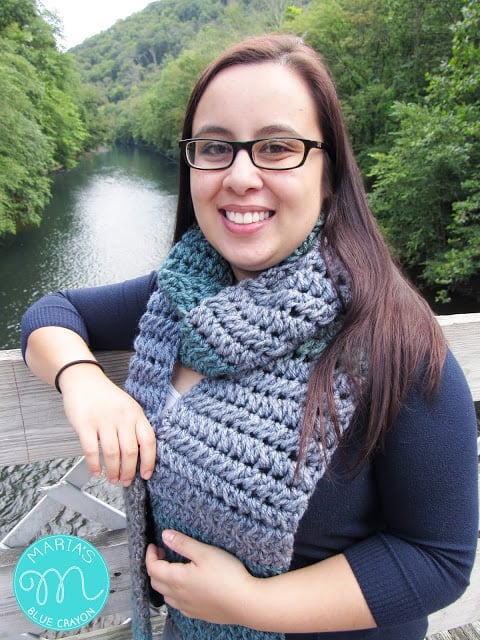 Another thing I love about this scarf is that it’s long enough that I can wear it two ways (and probably many other ways). In the first picture I folded it in half, then looped it through – this is my favorite way to wear scarves under my winter jackets. In the later picture, I just wrapped it around my neck once and it’s more breathable for not as cold days.

I’ve also included a video tutorial so you can easily learn the stitch! SEE IT BELOW!