You are here: Home / crochet / Chunky Crochet and Knit Pumpkins – Free Pattern Download
These crochet and knit pumpkins make wonderful decor for the fall. Find the free pattern to download below. 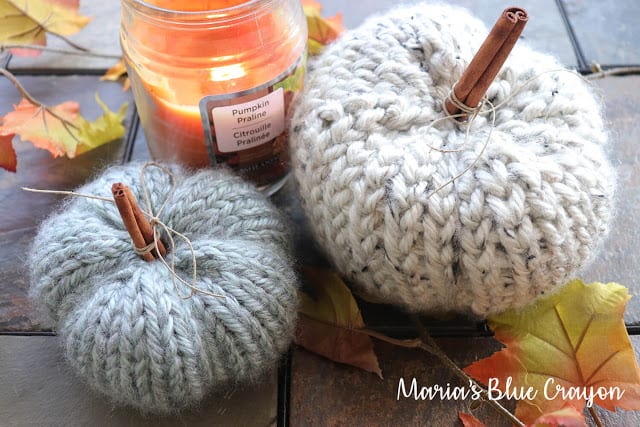 These chunky knit and crochet pumpkins are so squishy and adorable! Topped with a delicious smelling cinnamon stick, they are the perfect fall decor for your home!
Because I used a super bulky yarn, they were so quick to make! To be honest, I usually have a hard time finding unique patterns using super bulky yarn so I thought I would make these pumpkins to use up some super bulky yarn I had. 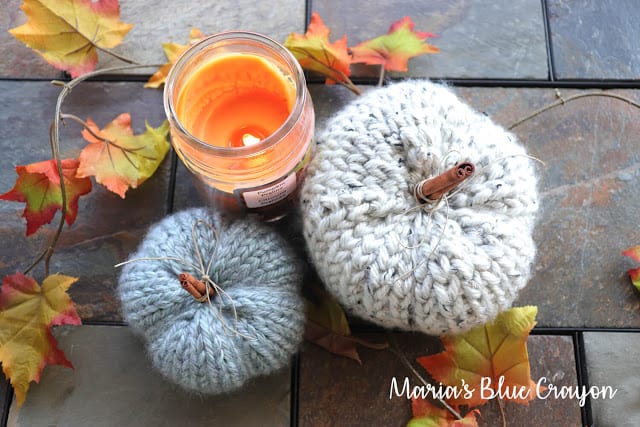 The pumpkin that is a grayish blue color is knit and the oatmeal tweed pumpkin is crochet. The knit pumpkin is just a simple knit stitch in the round. I learned how to knit last year and although I love it, I don’t knit as much as I’d like to so I thought it would be fun to make two different versions of pumpkins. Win win for the knitter, crocheter, and the bistitchual! 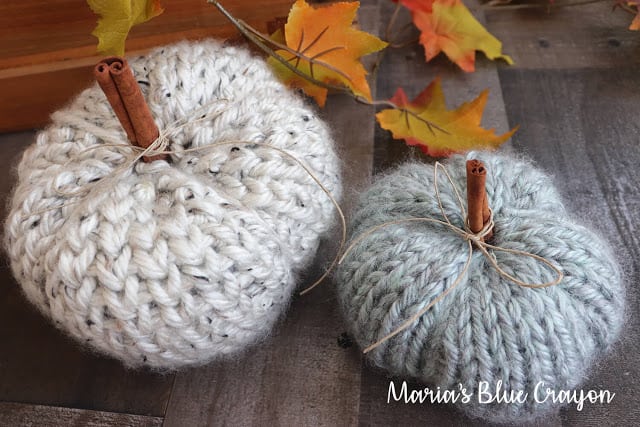 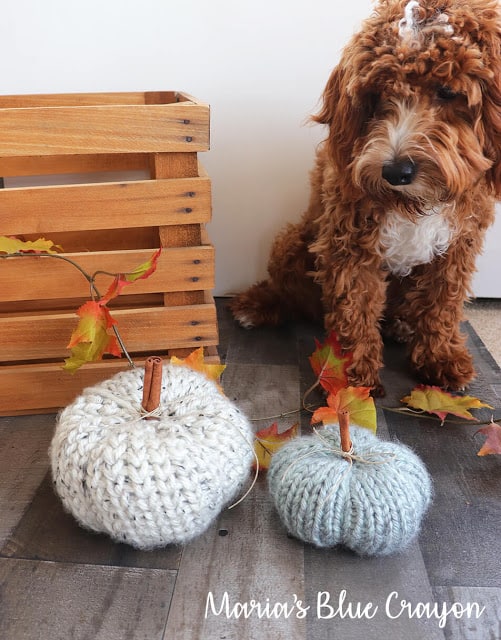 These pumpkins are already set as a centerpiece in my house and I love it! My puppy even loves it so much, he managed to eat part of the cinnamon stick stem. I should have known – he was eyeing them up when I was setting them out to take photos! 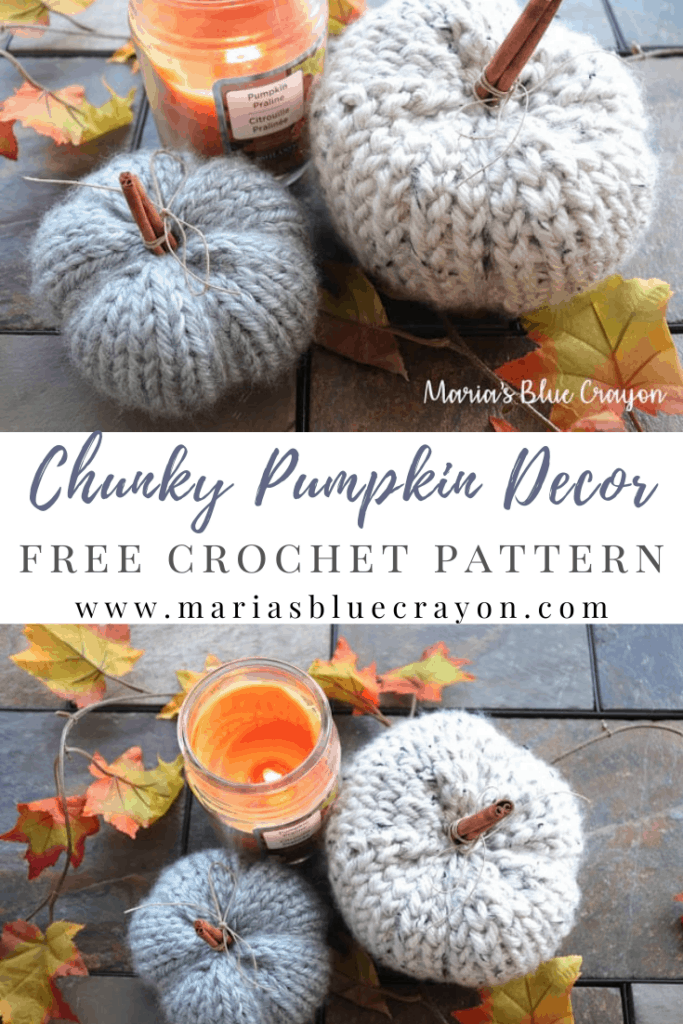 Pattern notes
The pumpkin will be made by working in the round then sewn and cinched up at the top and bottom to create the sphere. We will additionally add grooves to the side with yarn and needle.

Beginning Chain 2 does not count as a stitch. (crochet)

You may need to use the magic loop method as the stitches will be quite stretched around the circular needles. (knit)

Round 1: Cast on 30 st
Round 2-18: K1 in each st around
Bind off and leave long tail (~3ft, more if you are making a larger pumpkin).  Follow assembly instructions.
Add cinnamon stick and twine for stem.

The assembly instructions are the same as my Lil Dollop Pumpkins – learn how to assemble your pumpkins here.